About Us – Vega Coffee cool

Our holiday gifts are here! Sampler boxes, gift subscriptions - at up to 35% off.

We believe that there is power in connection. Power that can transform even our small choices into a much bigger impact. That’s why we re-invented the coffee supply chain to connect you directly to the women who grow, roast, and hand-package your coffee. More than a morning routine, your cup of Vega powers a movement.

Coffee is in crisis.

The coffee industry is broken. While demand for quality coffee is booming, coffee growers around the world are barely able to cover the cost of production. Farmers whose families have grown coffee for generations are forced to migrate, to leave behind their farms and find enough income elsewhere, so their families won’t go hungry.

With an estimated 20 million small family farmers living at or below the poverty line, it’s time to come together to forge a better future. 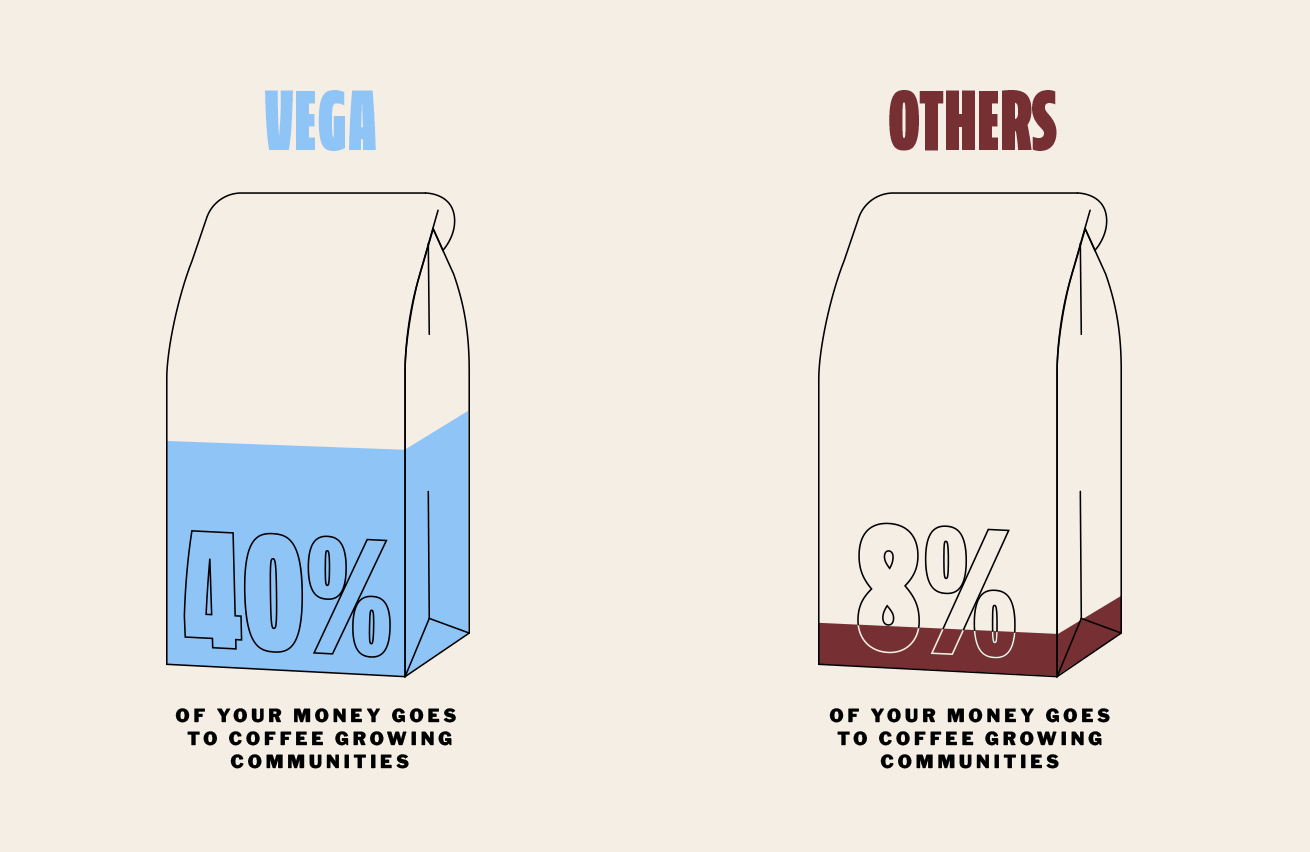 to close the gender gap in coffee

to protect our fragile planet

to build a more equitable future

The team behind the movement. 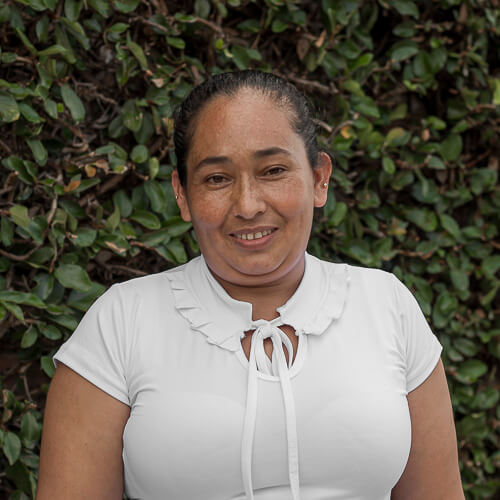 If anyone at Vega needs a hand grinding coffee beans, they turn to Lorena. She’s calm, competent and a powerhouse. She’s also an environmentalist who spends her free time at community cleanups and caring for her plants 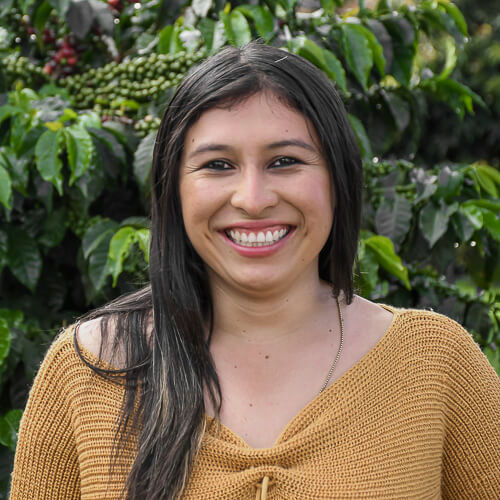 When Yudi joined Vega, she was a shy college student expecting her first baby. Fast forward two years, and she’s now an Ecological Agronomer who trains producers on sustainable growing methods. Yudi can tell just by the sound of the beans crackling when they are done roasting. 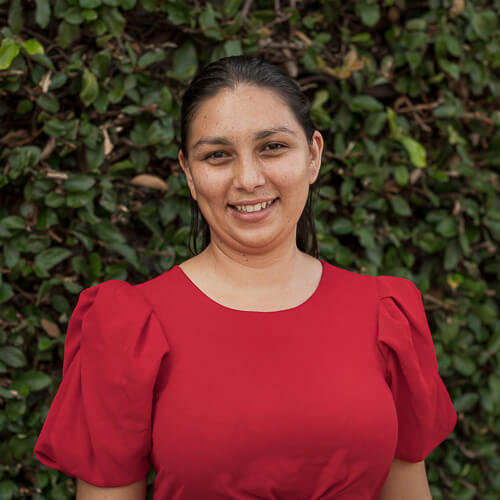 Every step of the Vega production process has Indira’s magic touch. Indira reviews each coffee bag to ensure that it is up to the most stringent standards for our customers. She also makes the best afternoon brew with a smile that’s a boost of pure energy. 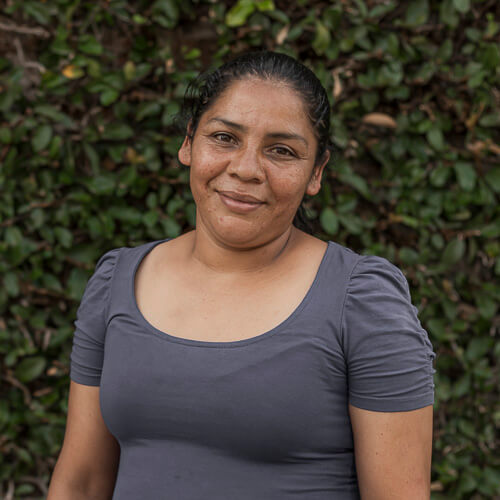 Deyra’s a go-getter who takes her coffee black and gets the job done. Period. But underneath her no-nonsense work style, there’s a music aficionado who on her days off enjoys playing the guitar and listening to Luis Fonsi. 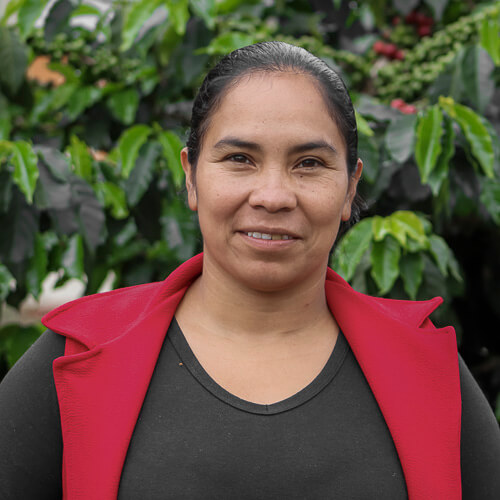 Sendy’s a self-proclaimed, “Coffee grower since the crib.” She’s the outgoing machine operator, who makes coworkers laugh and rolls her sleeves when they need her help. But on her days off, she’s all about long naps in her hammock! 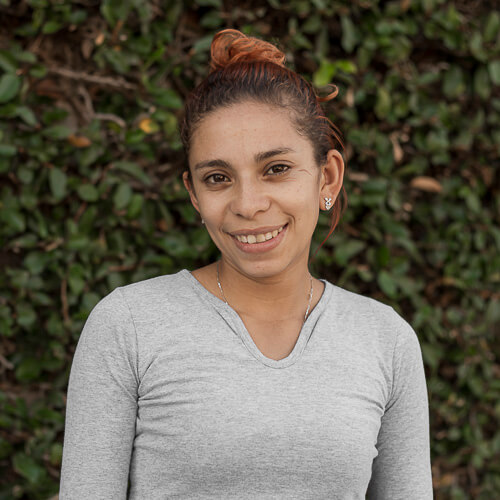 Hard worker, great singer. That’s Francis Johana. She’s a skilled packager and codifier who plays bachata music on repeat, and can’t get enough of her children. 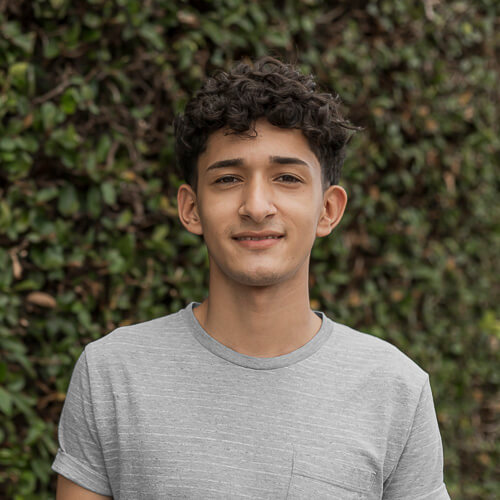 Marlon is a true Renaissance man. A former volunteer firefighter, and current expert coffee roaster and technology whiz. When he’s not working, you can find him reading Nietzsche, while sipping on black coffee. We’ve known Marlon Mauricio and his family since he was a child, so it is an honor to have him as part of the Vega team now that he is an adult. 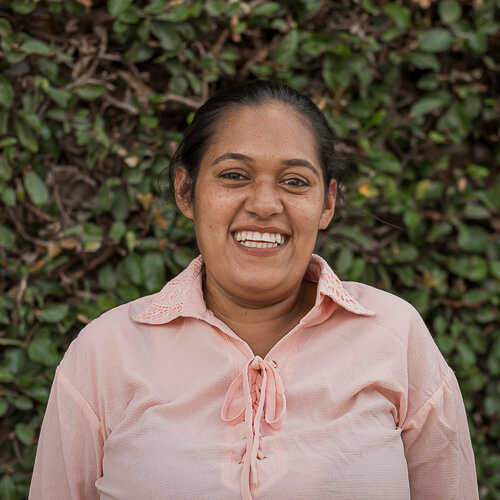 Massiel is a Social Development graduate on a mission to modernize the world of coffee. Bean selection is her passion, and quality is her obsession. She’s a true friend to anyone lucky to know her, and the dependable backbone of the Nica Vega team. 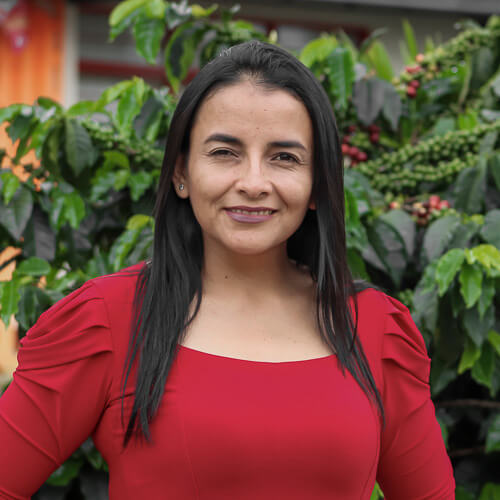 Vega Colombia Operations Manager and coffee production wizard, Yessenia’s passionate about workflow efficiency. This self-starter is grateful to lead an all-women team at work, and serve as a role model for her daughters. Her favorite words to hear are, “Mom, we’re so proud of you.” 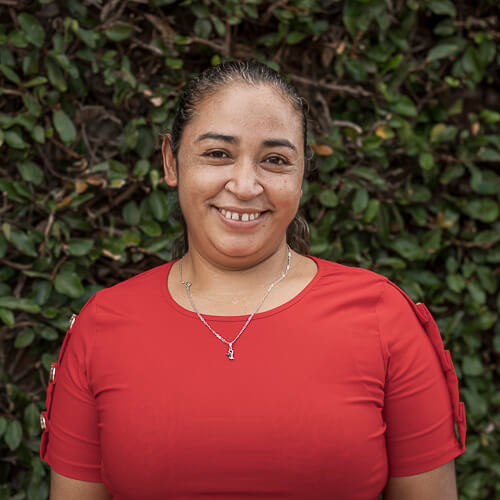 Before becoming General Manager of Vega Nicaragua, Nordia took her coffee light with lots of sugar. These days, she prefers it bold and unsweetened. Nordia’s refined palate makes her the team’s unofficial taster. Her communication skills and expertise make her an invaluable leader. 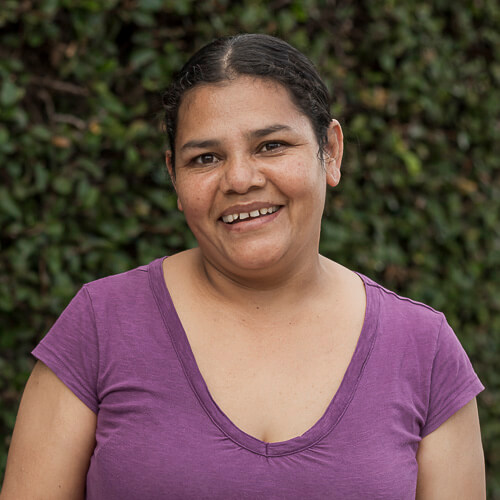 Better known as the “Comadre,” Lux is the Vega team’s counselor and confidante. She’s also a top-notch coffee weigher who keeps tabs on four roasting machines at the same time! Nothing gets past Lux — unless her favorite telenovela’s on TV. 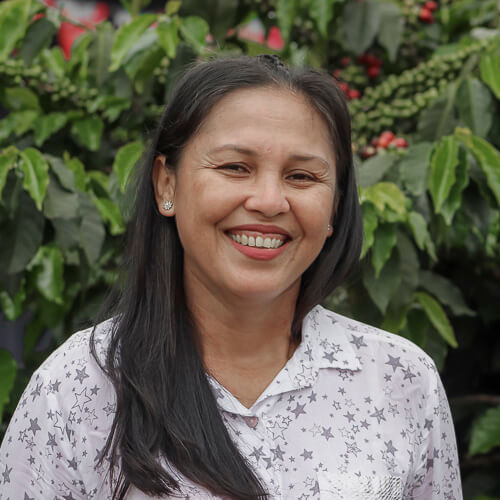 Coffee’s everything to Francy. At home, she makes her own coffee in small batches from the 2000+ plants in her farm. At Vega, she’s the master sealer who packages each bag with great care and sends off the coffee with extra love. 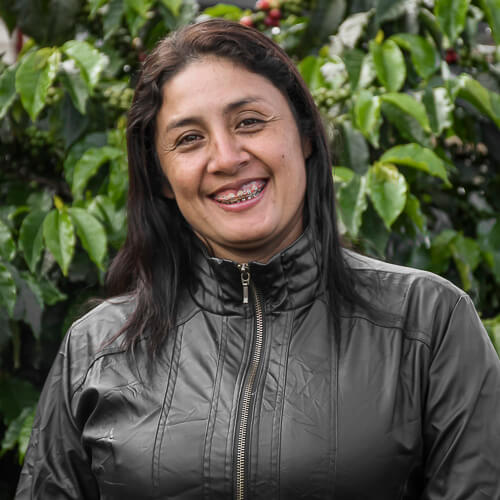 Starting the day early to process coffee at Vega doesn’t feel like a job Sandra. This supportive team player always comes into work ready to lend an ear and motivate her coworkers to see the beauty in life. On her time off, she’s working to expand her family farm to raise animals and grow a variety of crops — including coffee, of course! 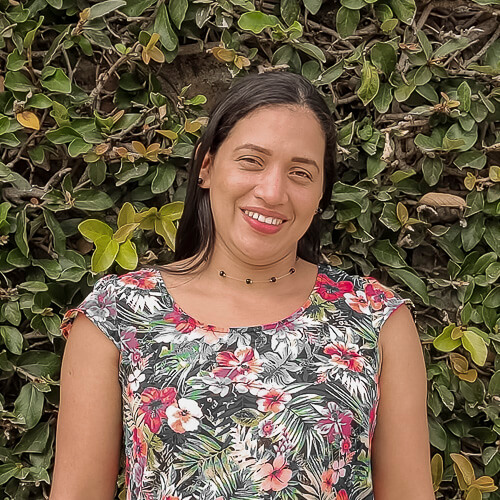 The team knows Elda as the friendly Manager Assistant who’s always willing to help them learn a new skill. But Elda’s secret talent is wrapping gifts better than any department store! Her not-so-secret passion is water conservation, and she’s an active member of her community’s water committee. 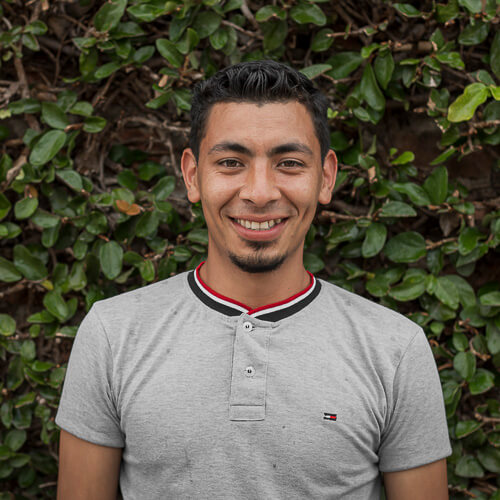 You name the task, Jeyson does it. He’s great at roasting, packaging, and sealing. But when it’s break time, he also knows how to do it right. Jeyson enjoys chatting with teammates over a good cup of coffee — always paired with a traditional “rosquilla” pastry. 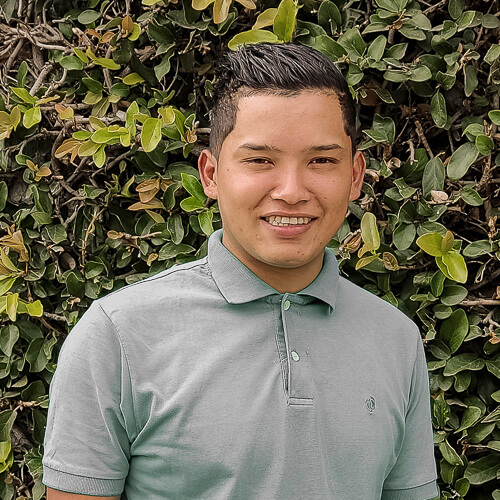 As a college student studying Agricultural Industry, Maynor hopes to connect his community in Sontule, Nicaragua with coffee lovers around the world. But when he’s at home, it’s all fun and video games — unless his grandfather asks him to work the coffee fields together. That’s Maynor’s absolute favorite thing to do on his time off.

Rob Terenzi met coffee farmers Marlon and Mayra fifteen years ago during his travels in Nicaragua. They invited him in for a cup of coffee. From the kitchen table, Rob watched as they roasted their own coffee on a big, open fire. Aromas of roasting coffee filled the house, and the fresh green coffee crackled into the finished, roasted beans. They brewed the beans as soon as they were ready—and poured Rob his very first cup of farmer roasted coffee. That moment was magic: organic, handcrafted specialty coffee, from the farm directly into Rob’s cup.

But there was a problem. While a pound of roasted coffee in the US can cost $20+ a pound, Marlon & Mayra received less than 70 cents a pound for their specialty organic coffee. About a penny per cup. A broken supply chain stuffed with middlemen extracted all the value from origin, and left out the farmers who did 90% of the work.

For the next two and a half years, Rob worked with a cooperative of 23 women farmers in Miraflor named Nuevo Amanecer (New Dawn). They partnered together to roast their own coffee and sell it throughout Nicaragua. These women became the original pioneers of the roasted-at-origin movement.

This movement and these women are at the heart of Vega Coffee. Founders Rob Terenzi, Noushin Ketabi, and Will DeLuca saw the power of connecting coffee farmers directly with coffee lovers around the world. By roasting and packaging at origin, growers hone lifelong skills while earning money that they invest back into their farms, families, and communities. Inviting coffee drinkers to make their daily routine part of something bigger. 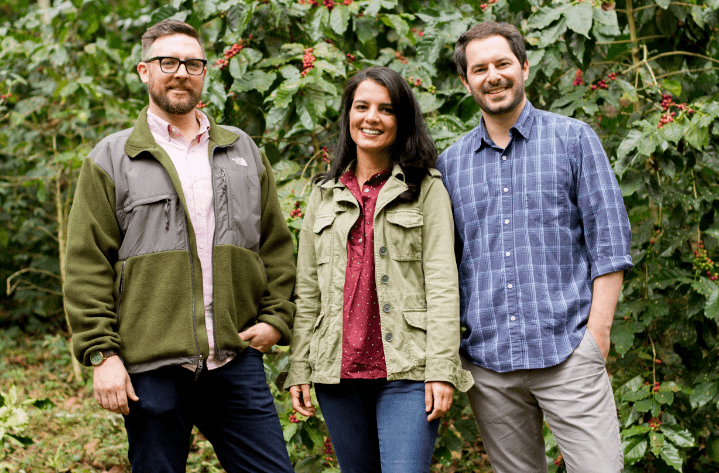 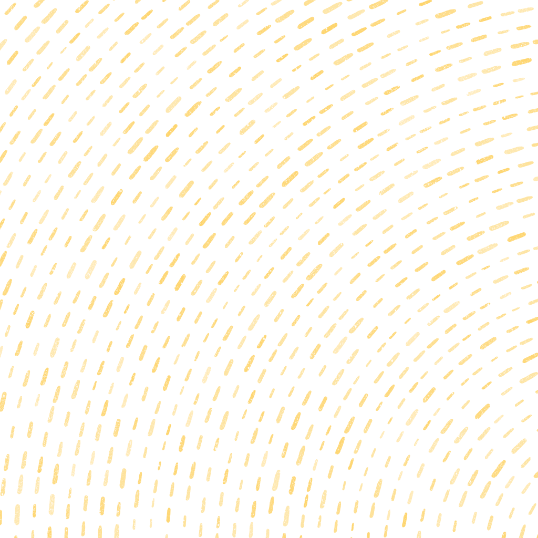 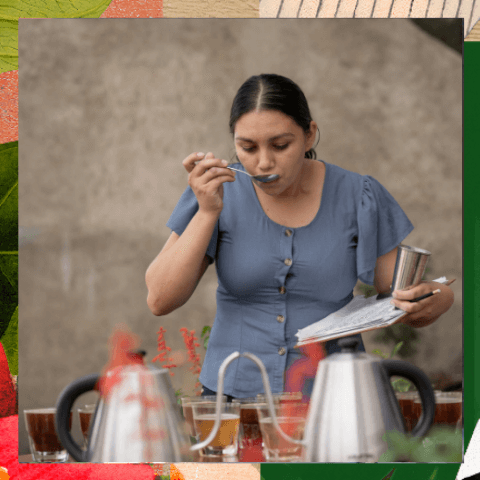 Women-powered, from seed to cup.

Women are responsible for up to 70% of all labor that goes into coffee production. But they are too often kept out of decision-making in the marketplace, with limited access to land ownership and official leadership roles.  Women coffee growers juggle housework and childcare alongside their business, which further limits their access to meetings, training, and educational opportunities. So much of their work goes unpaid.

We do things differently. Our roasting facility is run by local women coffee growers. They’re entrepreneurs who are experts in every step of production. They are not just centered in our supply chain—they are our supply chain.

By growing, roasting, and shipping their coffee directly to you, the women we work with earn more income and are recognized as leaders in their industry. They show their communities (and the world) what it looks like for women to take charge and change coffee for the better.

A fresh brew
for your inbox